Zebra mussels, Dutch elm disease, kudzu, even dandelions. What do these things have in common? They’re all invasive species to North America; all innocently, if not accidentally, introduced with unanticipated results. This meddling by man and the unforeseen consequences are the subtle and startling focus of Sonja Peterson’s new show, “Seemingly Useless Parts” opening Fri., Sept 13 at Burnet Gallery in Le Méridien Chambers.

Why startling? At first glance, Peterson’s collages, woodcuts and sculptures depict serene, almost whimsical plants and landscapes. Individual images of flora are initially reminiscent of classic botanical watercolor studies. However, upon a closer study of Peterson’s works such as “Allspiced Up” there is a darker tale. The roots of a plant appear to transform into a snarled ribbon of waterways winding its way back to a distant clipper ship. It appears to be a statement by the artist on the long history of man’s impact on the globalization of not only culture and commerce, but also nature itself.

“At the same time that these ships were delivering plants and spices, they were also delivering other interlopers,” notes Peterson. “There are all these conscious and unconscious consequences to our actions. There is this complex chain of nature where we’re interlinked with the environment, yet we frequently overlook or forget that we’re inextricably connected.”

Other pieces in the show depict what Peterson describes as both the epic and profound irony of how the world began as a single landmass, Pangaea, which while physically separated over the eons, is now being reunited through man’s intervention. “Coming Together,” a woodcut sculpture, creates a virtual island with intersected landscapes that physically join the manmade with the natural. Skyscrapers and cables seem to morph into trees and vines as they merge with a riotous, untamed jungle.

“There is this continual push-pull relationship,” explains Peterson. “We have this long history of globalization and commerce and ongoing struggles with the environment. Man has this desire to control his environment. But who’s actually in control? Man or nature? Is there a need for more humility and less hubris?” 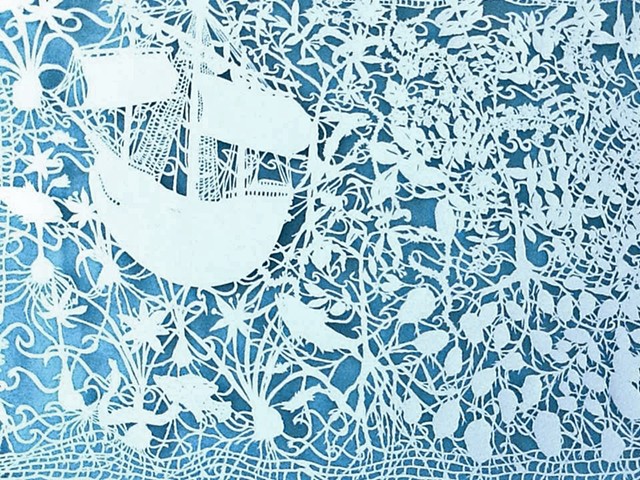 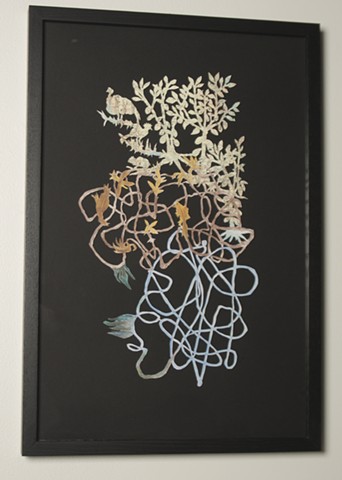 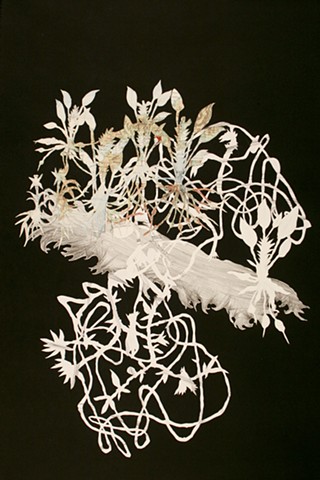 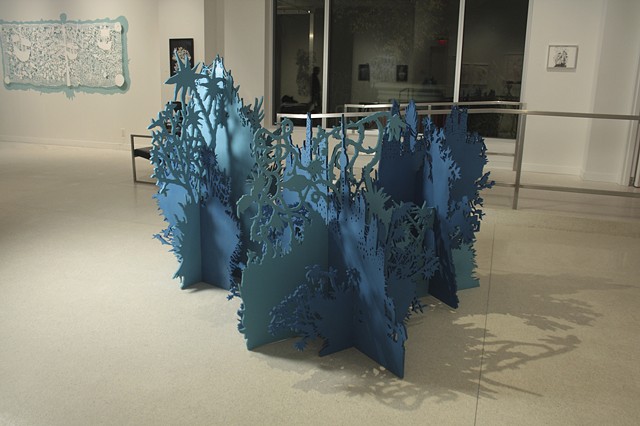 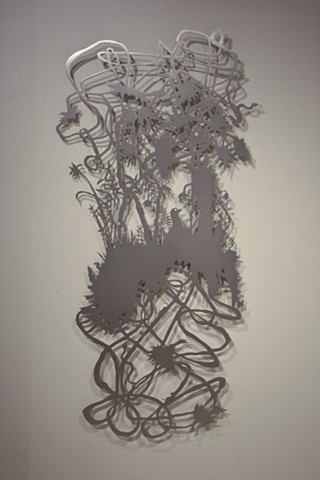 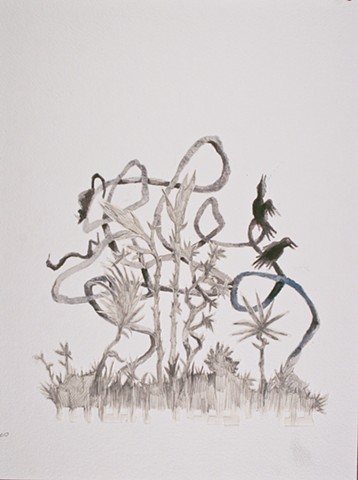 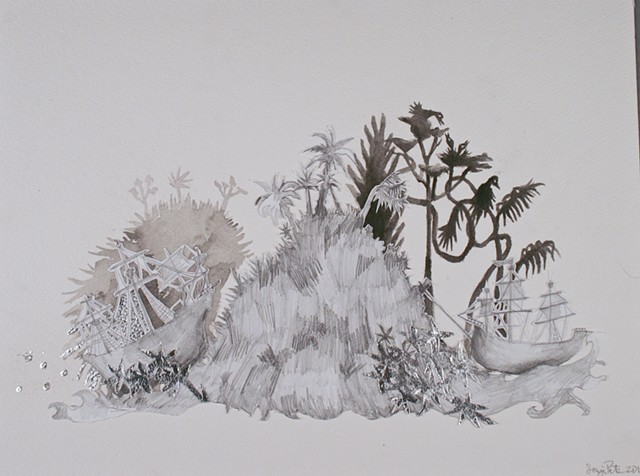 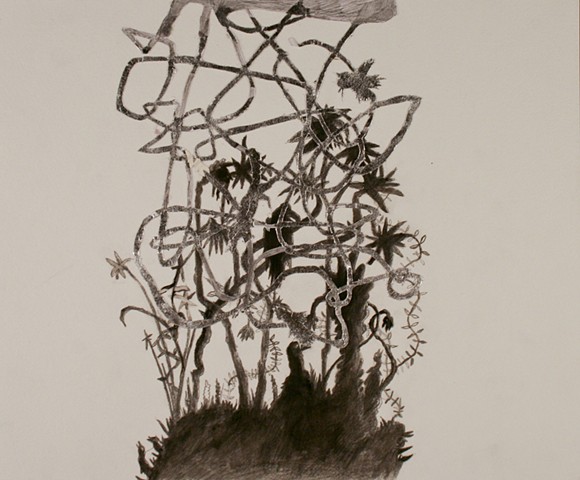 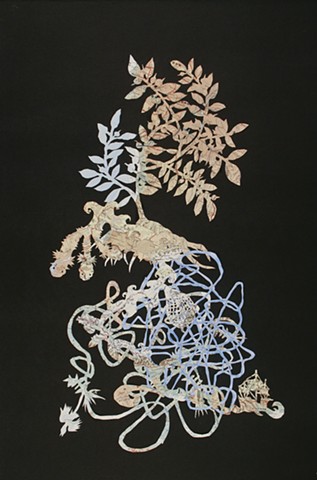 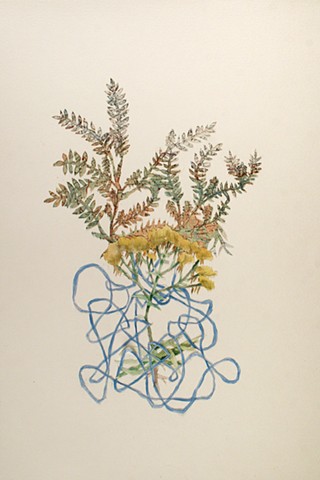 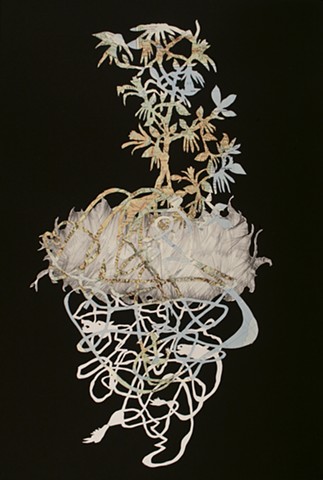 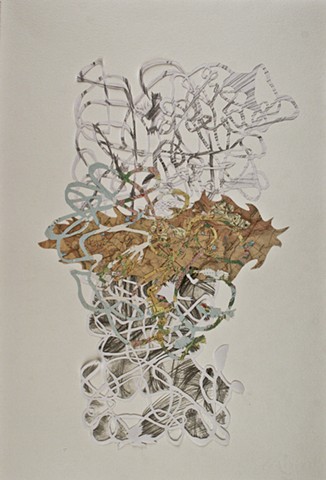 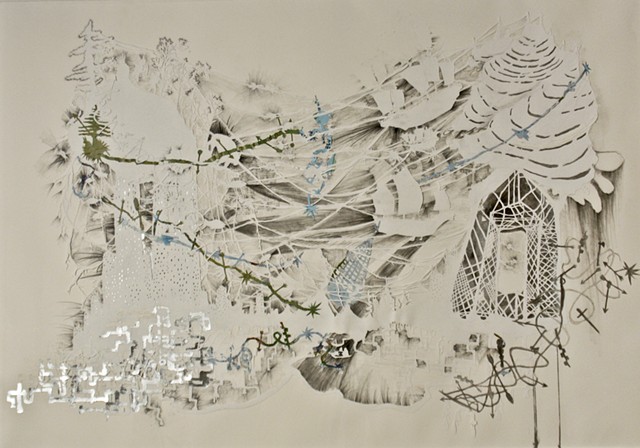 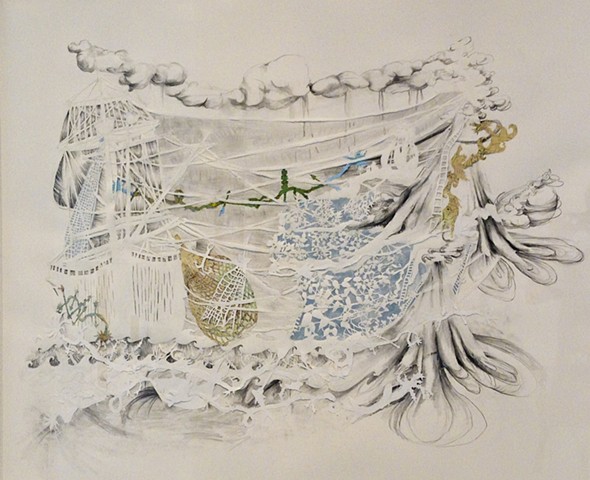 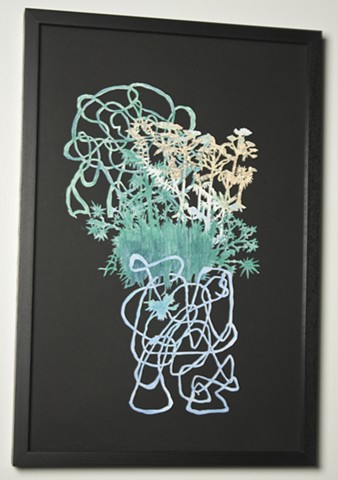 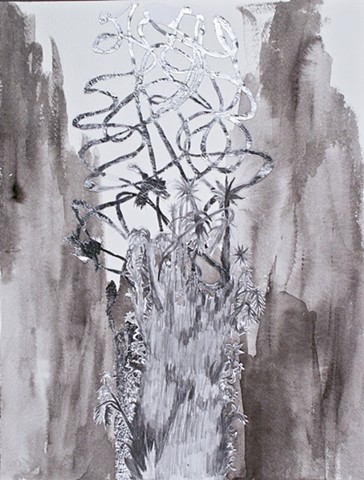 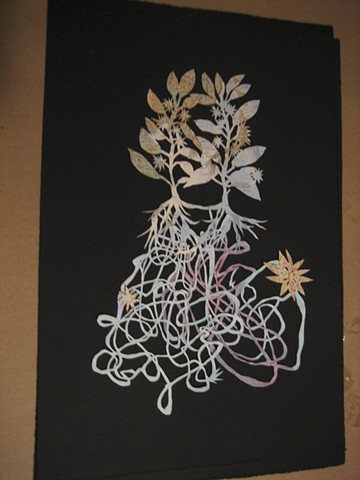